Sarasota’s days as a great cassava center were put on ice. Hamilton Disston (you know, the man who bought 4 million acres of Florida at a quarter an acre?) met with Frank Higel (you know, the guy with a vested interest in the land that would become, 35+ years later, Venice) to talk about investing in Frank’s brain child, cassava (you know, the stuff they make tapioca— and bubble tea— out of).
But as Disston shivered through a 23-degree (you know, Fahrenheit not Celsius) night in an unheated hotel, he decided Higel was crazy, trying to grow a tropical crop in the arctic Sarasota District. Bye-bye Disston, adios cassava. 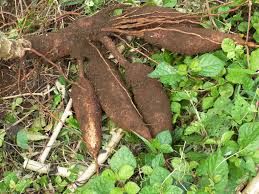 With thanks to J. Whitcomb Rylee’s Yesterday’s Sarasota calendar.

Want to grow some cassava?

One thought on “So the plans got put on ice”