A discussion that explores how Sarasota evolved into a destination for visual artists and insights about whether or not Sarasota remains an art colony today. Who were the major players then and who are they now?

Artists attending a class on the beach in the early 1950s. Photo, Sarasota History Center.

.
How did Sarasota evolve into a thriving art colony during the mid 20th century and who were the major influences and inspirations in painting and sculpture responsible for that phenomenon?

Can visual artists make a living here today and sell their art locally as well as internationally?  These are some of the questions that panel moderator Kay Kipling will put to panel members Kevin Dean, William Hartman and Heidi Connor at the January 15 Conversations at The Crocker.
. 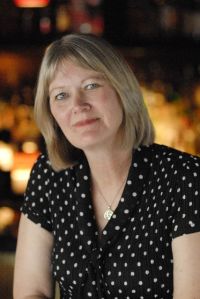 Kay Kipling is the Executive Editor at SARASOTA Magazine and has a 30 year history of writing about the visual and performing for many publications. Heidi Connor is a gallery professional, art consultant and freelance curator. Additionally, she worked for many years with the artist John Chamberlain. Kevin Dean is Director of Selby Gallery, Ringling College of Art and Design. He has 27 years experience teaching art history and has been gallery director for 18 years, during which time he has organized more than 200 shows. A working artist, Dean has his work exhibited in museums, college galleries, alternative spaces and currently at Allyn Gallup’s contemporary gallery in Sarasota. Kevin Dean is also the co-author (along with Marcia Corbino and Pat Rignling Buck) of the book A History of Visual Art in Sarasota. William Hartman, owner of the Hartman Gallery in downtown Sarasota, grew up surrounded by artists.  “My folks, the artists William and Marty Hartman, met in 1946 while attending Ringling School of Art; my dad on the GI Bill and my mother working as a student for Mr. Kimbrough in the front office. In 1951 my parents opened their art school and gallery in the old Times building on 1st Street and became life long contributors to the Sarasota art scene.”

“Sarasota will always be a beautiful location for artists to live and work,” continued Hartman, “however, as a place to market their work Sarasota has always had  shortcomings. But, Ringling School has been a player central to our story, if we were to remove John Ringling from the equation, we might never have acquired the distinction as an art colony.”

.
The art history event at the Crocker Memorial Church is the fourth in a series of year-long panel discussions.
.

Conversations at The Crocker events highlight specific aspects of Sarasota’s past and examine pivotal events and people who have influenced Sarasota today.

And don’t miss future Conversations at the Crocker:

February 12: Pay Dirt – How We Became a Real Estate Destination with moderator Bob Plunket.
March 12, Why We Look The Way We Do: Architecture with moderator Harold Bubil.
April 9, A City of the Performing Arts with moderator Howard Millman.

One thought on “Conversation at the Crocker January 15: How Sarasota Became an Art Colony”